You know this T-shirt that Anzu Futaba of Idolmaster wears? 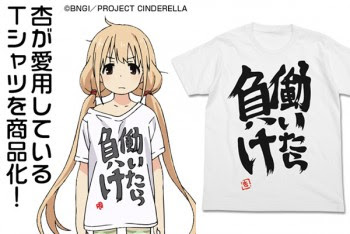 It says 働いたら負け (Hataraitara make: working is losing). It was originally said by a 24 year old NEET on TV, and it became a meme: 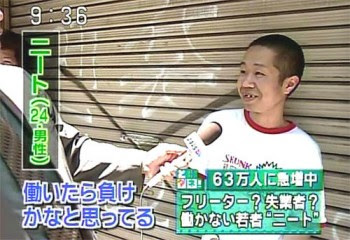 "I think I'm a loser if I work." He was living with 2 other NEETs in a small room who earned a living by doing occasional part time work. He also had terrible teeth.