Have you heard of the "Cesium-san" incident?

On August 4th 2011 (same year as the Fukushima Accident), Tokai Television aired a highly inappropriate slide during a shopping show: 
Video is here. The slide was apparently supposed to be used only for testing (which is bad enough). They later hand-wrote the panel: 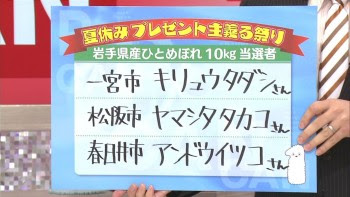 This was aired exactly when the radioactive fallout was a public concern. It caused major outcry from viewers and rice farmers. The person responsible was fired.