I bought the Japanese version of Disgaea 5 on PS4 from the PSN store.

I have now played about 40 hours and reached the 14th chapter in the main quest, reaching about level 80. 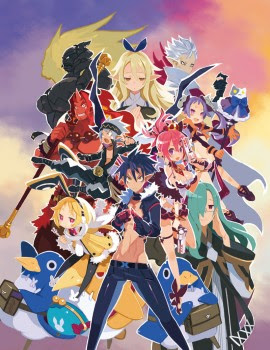