Two more parts are on the way.

[Saigado (Saigado)] I don't care if it's an old man or whatever because I'm not popular! (WataMote)

Labels: Doujinshi, It’s Not My Fault That I’m Not Popular!

A twin tail is a hairstyle for girls where long hair is bunched into two and tied like ponytails.

Kagami from Lucky Star, Azusa from K-ON, Miku from Vocaloid and Rin from Fate series has this hairstyle. It is also commonly associated with tsundere.

One thing you might not know is the fact that this hairstyle (at least the name of it) originated from a kaiju (monster) from The Return of Ultraman (Kaettekita Ultraman). 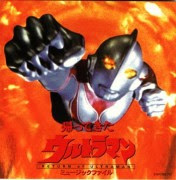 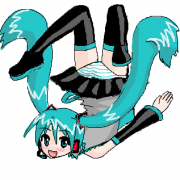 The monster Twin Tail was a shrimp-like monster with two tails on top and its head at the bottom. It appeared in episode 5. Its weight was 15,000 tonnes and was 45 metres tall.